Stranger Things is a current obsession for all of us here at Avenging Force. If you’ve watched it, you know exactly why this thrilling ’80’s throwback monster-adventure TV series sucks you in and doesn’t let you go until you’ve consumed all 8 delicious episodes. And if you haven’t watched it, well, stop what you’re doing right now (yes, RIGHT NOW) and check out the first episode. I’ll wait. I bet you can’t watch just one.

But what do you do once you’ve finished it (and the inevitable, immediate re-watch)? I mean sure, you dissect and discuss every moment, every plot line, every character. But then what?

Don’t worry, I’ve got you covered with a list of books, movies, and TV shows to fill the gaping hole that Stranger Things has left in your life (or was that just me?). At least until we get season 2. 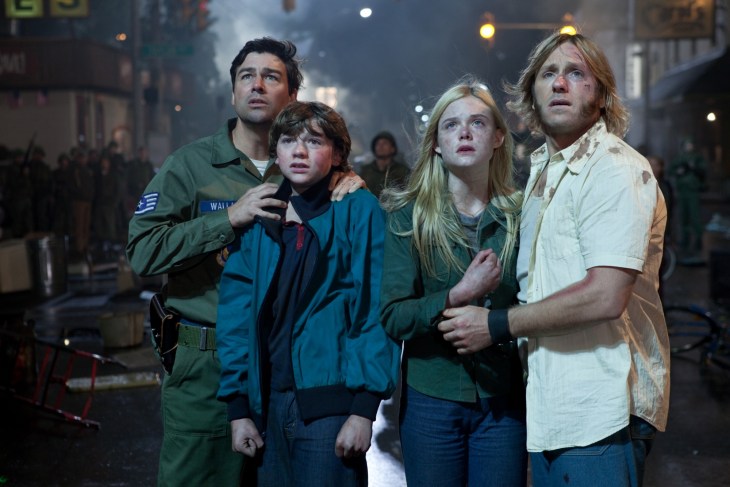 In this JJ Abrams movie (that’s really a love letter to Steven Spielberg in a rather weak disguise) set in 1979, a group of kids are spending their summer shooting a super 8 movie and happen to witness a train crash while filming. And even though no one will believe them, they absolutely know that something came out of that train that wasn’t supposed to. There are so many similarities between this and Stranger Things and they both do a fantastic job of paying homage to ’80s characters and plots. 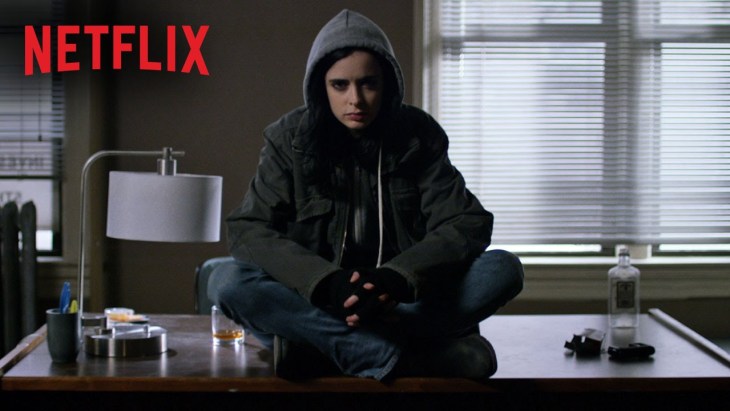 This show (also a Netflix original) is much darker, and certainly more adult than Stranger Things. But it does an incredible job of tackling what it’s like to have supernatural powers in a “real world” setting, and it gives a rather graphic look at the emotional and physical toll those powers would realistically take on a person. Jessica is who Eleven would be if she was grown up, had lost her friends, and possibly stumbled into alcoholism (not that unrealistic given her rather intense childhood traumas). 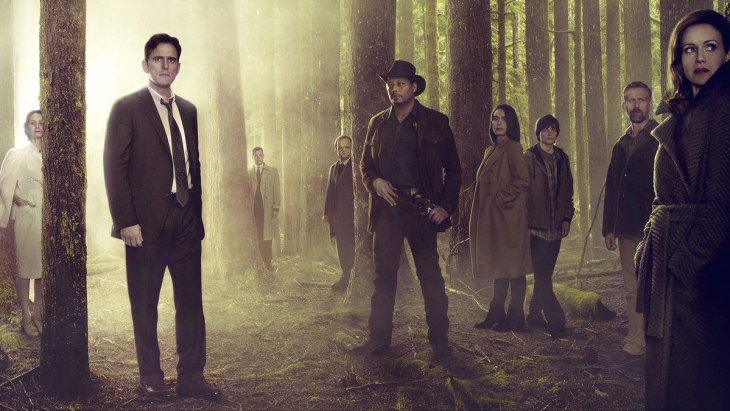 This sci-fi mystery show follows a Secret Service agent who is investigating the disappearance of two fellow agents. However, in the midst of his investigation he wakes up in the town of Wayward Pines only to discover that he’s stuck there. Anyone who attempts to leave ends up getting publicly executed. The show follows Ethan as he attempts to uncover the mystery behind why they are all trapped inside this town with no way out.

And if you aren’t totally sold on the concept, it might help to note that the writers/directors of Stranger Things (Mike and Rob Duffer) also wrote a few episodes of Wayward Pines. 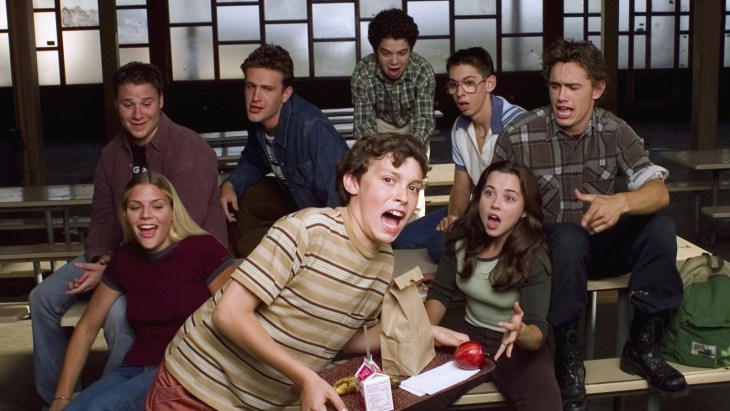 What happens when El, Mike, and the gang grow up? Well, I imagine they’d end up a lot like the gang on this Judd Apatow show, as both shows did an incredible job of accurately portraying kids and teens. I’d love to follow the kids from Stranger Things as they were forced to navigate high school. The only question is, are they the freaks or are they the geeks? 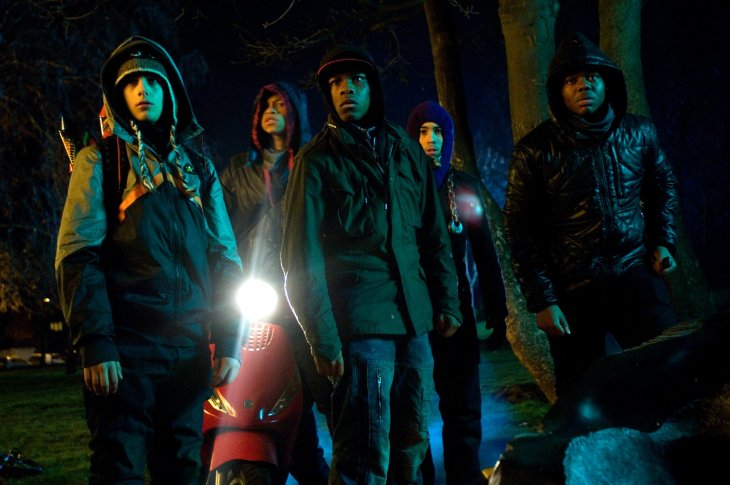 In this sci-fi horror comedy, a group of South London teens have to defend themselves and their neighborhood against a group of predatory alien invaders on Guy Fawkes night. While these kids are older than the gang in Stranger Things (not to mention far more British), they have the same drive and desire to defend their home and their friends from the monsters.

This movie uses the “found footage” trope to follow three friends who form a bond after accidentally gaining telekinetic powers from an unknown object. While they are first excited by their abilities, using them for fun and mischief, things quickly go bad when one of the teens starts using his powers for a much darker purpose with disastrous consequences. 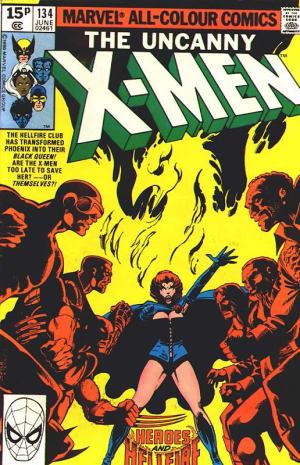 In the first episode of Stranger Things, Dustin and Will race home, with the winner getting the pick of comic they want from the other’s collection. Will’s choice? X-Men 134, or the first appearance of Dark Phoenix, which is also a great bit of foreshadowing for Eleven’s story. To see the parallels, you’ll want to pick up your own copy of the full Dark Phoenix Saga with Uncanny X-Men #129-138. 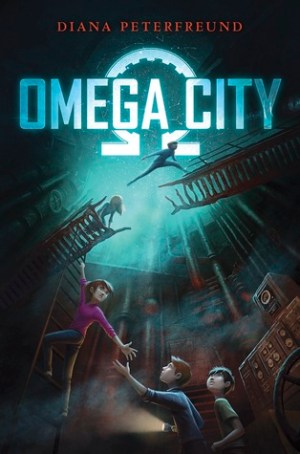 This middle grade novel, which is best described as a gender-swapped E.T meets The Goonies, is filled to the brim with suspense, history, science, and adventure. A group of kids led by Gillian set off on a harrowing journey that takes them to a doomsday bunker called Omega City, hidden away deep in the Earth. While Gillian is determined to save her father’s reputation, it will be a race against time, enemies, and other obstacles in order to prove he’s right. 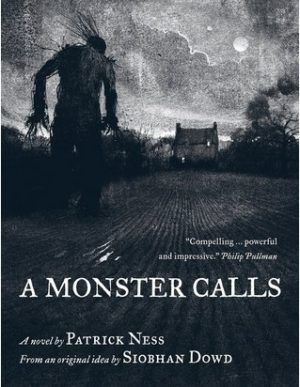 Conor has always had nightmares of a very specific monster, but when one finally shows up it’s not quite the same one. This monster offers to tell him three stories, but in return he wants to hear one of Conor’s. And Conor’s is almost impossible to tell. This moving story approaches the monster story from a different angle than Stranger Things, but it’s no less satisfying.

If you’re interested in this one but not in the mood to read the book, the movie adaption of A Monster Calls will be out this fall. 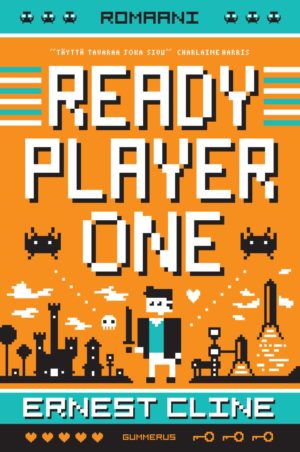 The characters in Ernest Cline’s sci-fi dystopian adventure are absolutely obsessed with the ’80s, a trait I’m sure many of us can currently identify with. This book is chock full of enough pop culture references, song lyrics, and video game secrets that while young Wade is on a quest for an incredible treasure that’s guarded by mythical creatures, the reader is on a quest to find all of the ’80s references the author dropped over the course of the book. 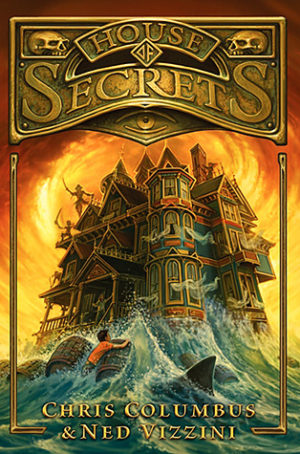 This story follows three siblings who end up trapped in a trilogy of novels after their parents move them into the author’s old house. The kids have to fight against supernatural pirates, bloodthirsty warriors, and their own darkest impulses in order to survive. Chris Columbus refers to this book as “cousin” to his 1985 film The Goonies, and if that’s not enough of a reason to pick up this charming middle grade novel, then I don’t really know what else to tell you. 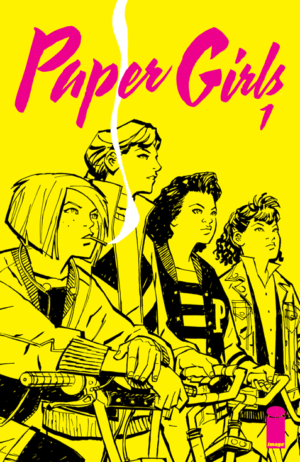 Like Stranger Things, this comic is set in the ’80s (just what is it about the ’80s that is the perfect setting?) and follows an all girl band of misfits. The girls encounter all sorts of weird sci-fi-esque terrors  from lights in the sky,  to vanishing people,  to threatening guys in masks all while out on their early morning paper routes. I don’t want to give too much away, as the plot-twists are so much of the appeal, so really just pick this one up. 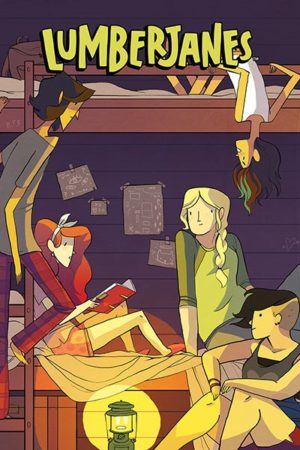 This quirky comic follows a group of girls (Mal, Ripley, Molly, April, and Jo) who are spending their summer at a local scout camp. Over the course of the summer the girls bravely encounter a who host of strange creatures and supernatural phenomena earning various scout badges along the way. As a fun added bonus, each issue ends with a track listing for a mixtape prepared by one of the characters.

One thought on “So You Finished Stranger Things, What Now?”