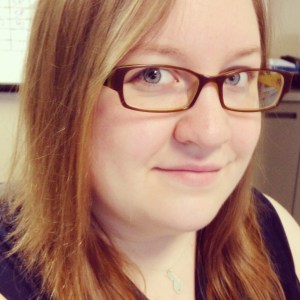 Teija (silent J; think “Princess Teija of Alderaan”) was raised by a Trekkie father and a bookish mother, which resulted in irreversible nerdiness from a very young age. Life as a gamer began when she discovered Sierra’s King’s Quest games and MS DOS Star Wars titles and then never looked back.

There is always a book in her purse (alongside an overloaded Kindle) and she’ll read just about anything with words on it, if given a chance. She writes as much as she reads, whether it’s dissertation-length analyses about TV and film or original fiction.

Teija has multiple degrees in Modern German and Tsarist Russian history, but makes a living as a research analyst. She lives and works in Metro Atlanta with her husband, their young son, and a dog they named Indiana. 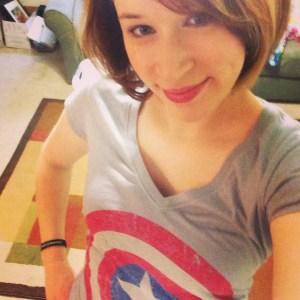 Sarah is a technical trainer by day and an aspiring fiction writer at night, which sort of makes her feel like a superhero only with a lot more wine. She started using a Macintosh Portable borrowed from her dad’s office at the age of 5 and hasn’t stepped away from a computer since.

A steady diet of Nintendo games, Star Wars EU novels, comic books, and Magic the Gathering as a child has defined her nerd life. As an adult this lead to a yearly sojourn to DragonCon where she and Teija get to spend an entire weekend with their kind of people.

Sarah has degrees in English and Library Science, which means she is never far from a steady supply of books. Nowadays you can find her reading Marvel comics and guzzling tea, when she’s not cosplaying as Natasha Romanoff or Barbara Gordon and intimidating 20-something nerds. 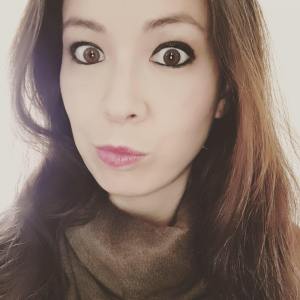 Lauren is a writer of YA speculative fiction and a dedicated eater of queso. She grew up constantly cold in Eastern Pennsylvania, and spent her childhood either devouring sci-fi novels by the fireplace or buried in blankets in front of a computer, working her way through nearly every adventure game Sierra put out. Now she lives in Middle Tennessee, where the temperature is far more agreeable, but she still only rarely ventures outside.

Lauren and her husband have two daughters, and are on a mission to introduce them to all their favorite books and movies from the ’80s and ’90s while they’re still young enough to think that’s cool.

When she’s not busy with her family, binge-watching TV shows, or writing books about dragons or superheroes, Lauren can probably be found in close proximity to coffee, tacos, or a bookstore. She also contributes to the Quirk Books Blog, and every now and then, she teams up with the Nerd Riders for their Drive Through Movie Reviews.

One thought on “About Us”