Though I possess an intense hatred for arachnids, I’ve always had a soft spot in my heart for the superhero their radioactive bite produced. There’s just something about Spider-Man — and specifically Peter Parker — that is undeniably endearing. I’ll always be a fan of his quips and nerdy sense of humor, of his sense of bravery and responsibility, of his deep love for his family and friends, and of his “but what about science” approach to the superhero gig.

However, despite my love of Spider-Man, and Peter Parker, I’ve been experiencing what can only be described as Peter Parker burnout. After five Peter Parker movies in twelve years (which sounds like a long time but in practice feels more like being buried under an avalanche of radioactive spiders), I think I’ve had my fill of Peter Parker’s origin story as told by Hollywood. Uncle Ben has died, and died again. Peter has awkwardly grown from gangly high-schooler into gangly adult… then done it again. Great power has come with great responsibility over and over, and at this point, I am tired.

So when Marvel Studios and Sony announced they were teaming up to bring Spider-Man to the MCU — a universe from which he was barred for years due to rights conflicts — instead of feeling excited that one of my very favorite superheroes was finally going to be able to join my favorite superhero movie franchise (though he’s been an integral part of the Avengers storylines in the comics for many years), I just felt… weary. Again? I thought when the story broke. Haven’t we had enough Peter Parker?

By now, we know that the answer, according to Marvel Studios anyway, is a resounding “NOPE.” Not only are we getting a brand new Peter Parker in Captain America: Civil War (Now Younger Than Ever, And With Extra Quips!), but next year, we’re also getting a brand new Peter Parker solo film in Spider-Man: Homecoming. And while I’ve heard Tom Holland does an excellent job in Civil War and I fully anticipate liking him a lot (how can I not? It’s Peter Parker), I just can’t seem to muster even a little bit of enthusiasm for yet another reboot of an already over-rebooted character.

However, rewind the clock back to a year ago, when the Sony-Marvel deal had just been announced but none of the Civil War details had yet come to light. For a glorious few weeks, the air was thick with possibility.

And since we’re posting about all things Marvel leading up to Civil War, I’ve decided to share the story I concocted in my head with you, outlining exactly how it all could’ve all gone down.

The Spider-Man We Deserved 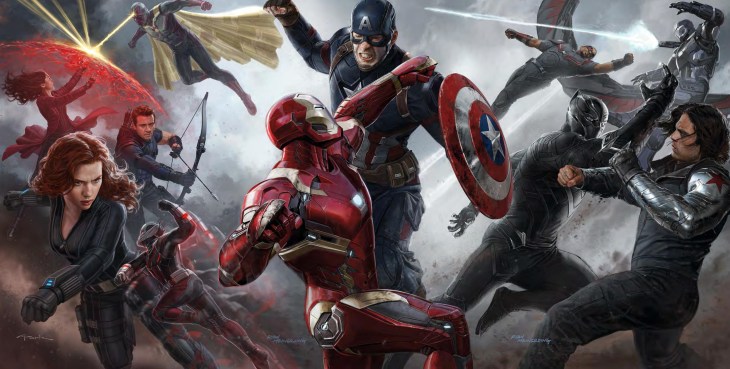 I mean, I haven’t seen the movie yet, but clearly something happens to make most of our favorite superheroes divide into teams and fight. In the comics, it’s the Superhero Registration Act, and Peter Parker is a major player, because his secret identity is kind of a big deal. But this Civil War storyline will clearly be different, since secret identities aren’t nearly as significant in the MCU. So who knows why they’re fighting! Who cares! The point is, they need help. Who better to swing in just in the nick of time than —

Okay okay stop gnashing your teeth and HEAR ME OUT. Andrew Garfield was actually a great Peter Parker. He perfectly balanced the awkward nerdiness with the inner strength and bravery that defines Peter’s Spidey. It’s not his fault The Amazing Spider-Man 2 was so bad, okay? That was a script problem. And a villain problem. And an overcrowding problem. And a special effects problem. And and and…

Okay, yeah, Amazing Spider-Man 2 was just a train wreck. But that’s beside the point. Back to Civil War.

Andrew Garfield’s Spider-Man swoops into battle! Whose side is he on? Who knows! Who cares! The movie wants us to believe he’s Team Iron Man, but we’ll see how that actually shakes out. The point is, he charges into the fray and —

FRANK CASTLE, WHAT ARE YOU DOING HERE? 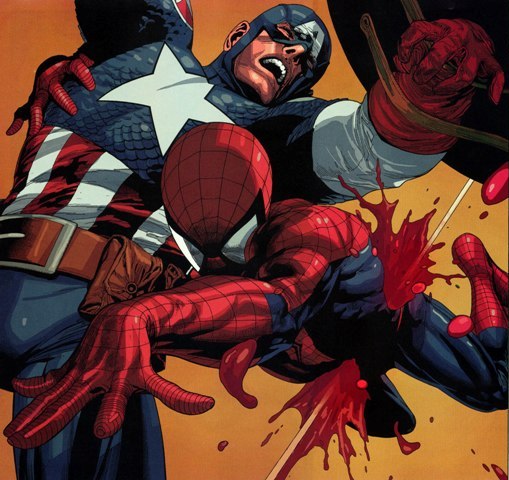 Guys, I admit, it’s a little weird bringing a Daredevil character into the movies, but in the comics, this is how it happens, and I don’t make the rules, okay? He saw fighting and carnage. He thought Cap was out of control. He was only trying to help. He didn’t mean to shoot a kid. He feels REALLY BAD ABOUT IT.

And no, I don’t know where Frank Castle goes after this, I REPEAT, I DON’T MAKE THE RULES.

Anyway, PETER PARKER DIES. IT IS VERY SAD. (It is also significantly truncated from the way this goes down in the comics, because none of the other characters involved are present/consistent with their role in the MCU, and also, ain’t nobody got time for that. Sorry, Peter.)

Killing Andrew Garfield’s Peter right out of the gate would have served a couple purposes:

Anyway. Peter is dead. The Avengers are all very very sad, because although he was new to their ranks, they recognized his nobility and courage and heart. Tensions rise. Conflict escalates. We head into the next big battle and —

BUT WAIT, WHO IS THIS, ISN’T HE DEAD?

In their confusion, the Avengers forget to keep fighting each other.

“Kid’s got more lives than you do,” Tony quips to T’Challa, who rolls his eyes because the cat jokes are already getting a little old.

Natasha eyes Spidey warily, ready to take him out if she needs to. Another TAHITI subject, maybe? Is Fury experimenting again?

Steve is the one to finally approach. He was the one Frank was aiming for when Peter took the bullet for him, after all. It’s his responsibility to find out what happened. “Peter?” he calls. “Is that you?”

The team exchanges confused looks. “If he’s a zombie under that mask, I vote we feed it Barton,” Tony says.

But it’s not a zombie, it’s MILES MORALES, LADIES AND GENTS.

For those of you who are unfamiliar with the character, Miles Morales is a teenager who took up the Spider-Man mantle after the death of Peter Parker in the Ultimate comics. He’s relatively new to the comic world, making his debut in 2011, and has had exactly zero movies focusing on his origin story (although he does appear in the Ultimate Spider-Man TV series). Plus, as a Black boy of Hispanic descent, Miles would bring a little more much-needed diversity to the disproportionately white MCU. He is a character rife with possibility, and introducing him into the MCU here would’ve been amazing.

Back to Civil War.

Miles has been following the reports on the news, and after the death of Peter Parker, he decided it was time to step in and help. 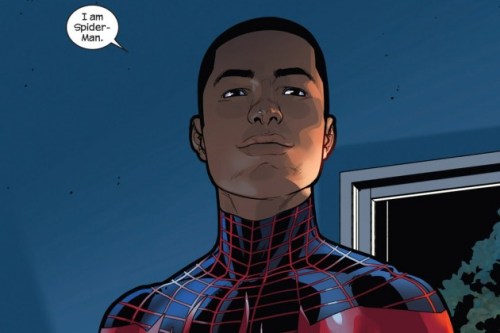 The rest of Civil War plays out probably very similarly to how it’s already written, except with Miles instead of Peter. And he goes on to star in his own solo movies and carry the franchise, Peter Parker gets to die in dignity, and we never have to see Uncle Ben die ever again.