Friends, I’ve done it. I’ve watched my way through two decades worth of ALIEN movies (it’s not that impressive; there’s only four) and have caught up to the modern prequels. Time to see what exactly was so compelling about this premise that Ridley Scott felt the need to revisit it 33 years after making the original.

If you need to catch up on the previous installments in this series, you can do so here: 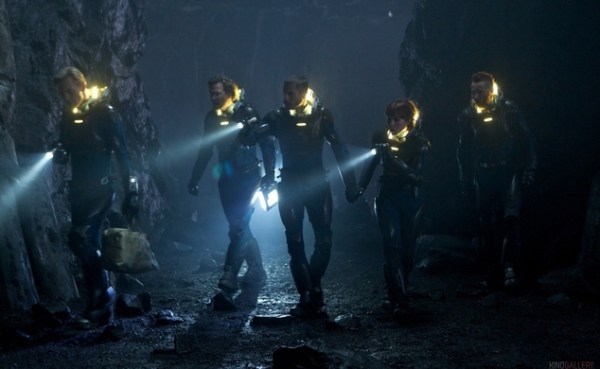 So, I literally only know three things about Prometheus:

“But surely you know that [actor] is in this?”

Nope. All I know is Fassbender. Everyone else will be a surprise. I seriously paid absolutely no attention to this movie when it came out.

Guys, when I said “it is kind of shocking how little I know about the Alien movies,” I really wasn’t speaking hyperbolically.

So anyway, it’s kind of hard to make predictions about this one, since I don’t have the previous movies to springboard theories off of. I’m not sure exactly why Ridley Scott felt the need to revisit this franchise in this way — I tried to google it, but all that got me was a bunch of thinkpieces on Alien: Covenant, so obviously I closed that tab posthaste — but I have my suspicions, mostly based on why I would make a prequel, were I in his shoes.

My best guess is that the sequels didn’t build on the themes of Alien in the way Scott wanted, and that he felt like the only way to course-correct was to go back before any of the Alien³ or Resurrection nonsense had happened and dig into the parts of the original that he found the most interesting — which was probably not jump scares and gross-out alien attacks. And given Scott’s sensation-centric approach to filmmaking, the fact that the script for Prometheus was penned by LOST scribe Damon Lindelof (yes, I just looked that up, because I’m still annoyed at myself that I didn’t factor Joss Whedon into my Alien: Resurrection predictions), and the foreknowledge that Fassbender is a robot, I’m willing to make some educated guesses as to which elements pulled Scott back in.

Tackling the Lindelof piece of the puzzle first, he showed us with LOST that he was far less interested in delivering satisfying answers to the show’s many “mystery box” plot elements than he was in exploring why its characters acted the way they did, and how their experiences shaped who they fundamentally were as people. 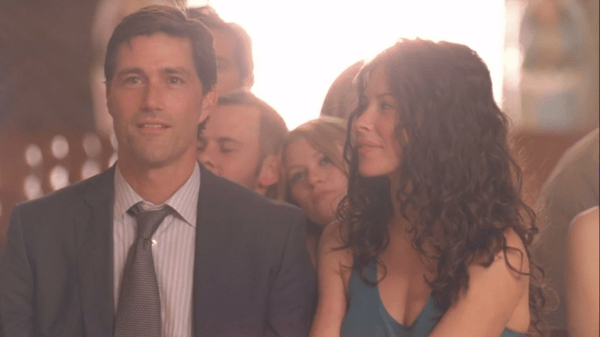 The twist was that the writers didn’t care about smoke monsters the whole time. LOST (2010). Photo credit: ABC

So on a script level, I don’t imagine Prometheus will be super concerned with answering questions like who the original inhabitants of the crashed alien ship were or how the ship crashed. I’m guessing it will be more character-driven than previous installments have been, perhaps digging deeper into The Company and laying the groundwork for why Ash had instructions to bring back a xenomorph at any cost, but mostly, I imagine Prometheus will want to explore the relationship between humans, aliens, and androids in the Alien-verse in general, and lay the emotional groundwork for the circumstances and worldviews that made the events of Alien possible.

And then layering the Ridley Scott-ness of it all over that, I imagine that these prequels will return to the sensations of isolation and claustrophobia that made the first movie so effective, maybe by physically stranding the characters somewhere, or maybe by singling each of them out on an emotional level, or perhaps both. The original Alien did a lot of work establishing boundaries between its characters — some literal, by scattering them throughout different parts of the ship, and some figurative, by challenging their preconceived notions of trust and safety — and I wouldn’t be surprised to see Prometheus return to those thematic roots, especially if it decides to deep dive the tensions between humans and androids (which were hinted at in the Alien sequels, but never explored to my satisfaction). After all, under the right (wrong?) circumstances, prejudice and fear can isolate just as effectively as walls.

Unrelated to any of this, the practical effects of the Alien series have always been great, but if Prometheus could give me some actual good CGI this time without sacrificing the visceral, grounded nature of the visuals from the first two movies, that would be great.

Okay, here we go. Time to watch a prequel my husband really doesn’t like and see how right/wrong I am about all of this. 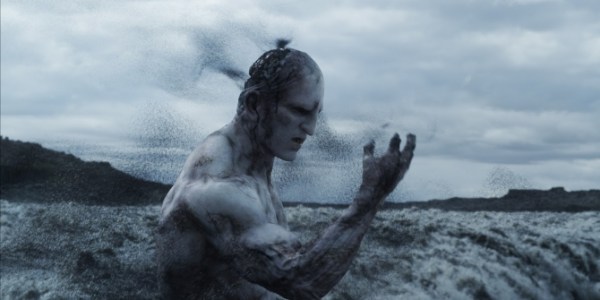 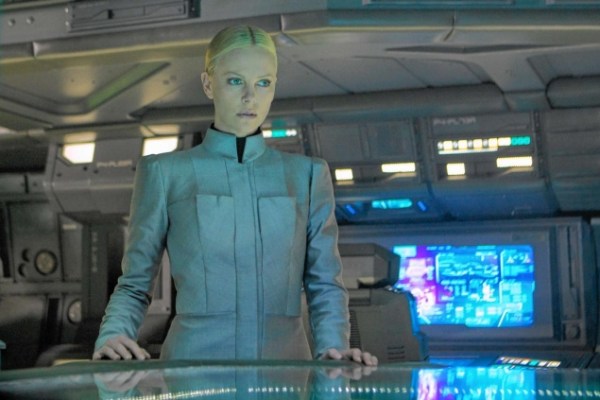 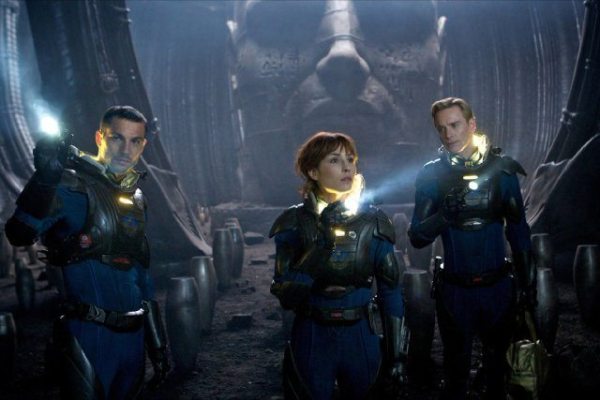 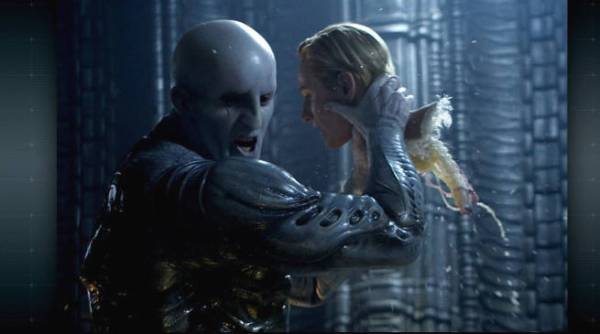 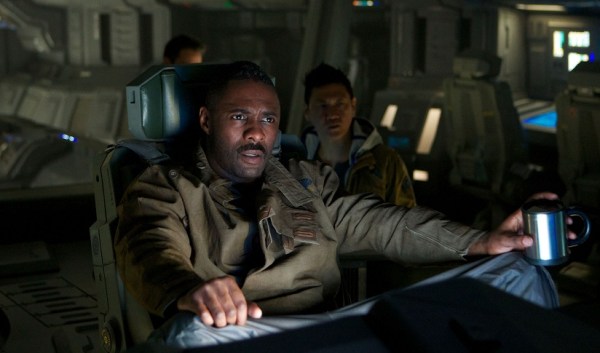 I know Prometheus gets a bad rap, but I kind of liked it. It was no Aliens, but I thought this one did a better job with its character development than the past couple movies, especially since it didn’t have Ripley to use as a crutch. I’m intrigued by this new pairing of Shaw/The Head of David going off to find the Engineer’s homeworld, even if it sounds like a terrible idea to show up on the doorstep of the guy who tried to kill you to ask why he doesn’t like you.

Definitely got the feeling that Ridley Scott was going for a sort of Force Awakens thing here with the plot mirroring the first movie so closely, but I’m guessing that Alien: Covenant will pull a Last Jedi and veer completely off the beaten path, especially since Scott didn’t helm any of the Alien sequels, so I doubt he’ll want to shadow their plots. So basically, just because this first one wound up being really predictable once I figured out the formula, doesn’t mean the second one will be.

There were a lot of messy elements to this movie, so I can see why it didn’t work for a lot of people. The whole plot with Weyland was never fully fleshed out (and seriously, what was the point of casting Guy Pearce in that role?), Charlize Theron’s character wound up falling victim to what I’m going to start calling the Alien Highlander Curse (There Can Only Be One… Well Written Female Character), Idris Elba and Benedict Wong were woefully underserved by the story, robbing their heroic sacrifice of its proper weight, and several twists of the plot had to be forced into place using some truly clunky writing. Plus, while I think the script was aiming for intriguing mystery with the Engineers, it felt like it got lost and wandered into muddled and confusing territory, and the jury’s still out on whether introducing them to the mythology at this point was a good call or a total misfire.

But on the plus side, Prometheus delivered some great visual effects, had an effectively atmospheric (and very Williams-y) score, and definitely laid the groundwork to really dig into that android/human tension that I’ve been so curious about. David is a fascinating character, and although most of his scenes in this movie wound up asking questions more than providing answers, we did get a few small insights into how humans feel about androids, and vice versa. I’m really hoping that Covenant takes that ball and runs with it.

I could also use some more clarity on the xenomorph life cycle. What I gather from Prometheus is that the black goo alters DNA, although how it alters it depends on who it’s infecting. It vaporized the Engineer, while turning Discount Tom Hardy all wormy and enabling him to impregnate Shaw with a squid. And it turned the geologist into some kind of rage-fueled zombie. So the black goo possibilities are pretty limitless.

The squid wound up growing into some kind of giant proto-facehugger, which implanted the Engineer with something akin to the xenomorphs we’re already familiar with, albeit with some changes. This tracks with the dog-xenomorph in Alien³.

And assuming the black goo exists on the ship that Shaw stole, that may explain how we wind up with xenomorphs gestating on a different planet 30 years in the future. But it seems like the circumstances that lead from black goo to fully-formed xenomorph depend on a lot of variables that seem unlikely to repeat again, especially once you factor in that in order to wind up with the cargo hold full of eggs that the Nostromo finds in Alien, one of the xenomorphs that forms from the goo has to be a queen.

I’m honestly not expecting Covenant to clear things up for me here — I think Prometheus did exactly what I expect from Ridley Scott, which was make me like I’d gotten some sort of big revelation about the xenomorphs, while not actually concerning itself with whether its logic completely scanned. But if a future director of as-yet-unconceived ALIEN movies could detail how this all works in a way that both makes sense and is consistent with all the other films, I’d appreciate it.

We also appeared to get the early seeds of The Company in this movie with Weyland, although I’m still kind of in the dark as to how they go from hoping to hunt down a cure for Weyland’s deteriorating condition to wanting to weaponize xenomorphs at any cost. Seems like there’s a few important steps missing in there.

Only one more movie left (for now), and then I’m all caught up on the ALIEN franchise. It’s been quite a ride. Don’t let me down, Covenant.