Oh, The Walking Dead, I was not going to quit you.

I loved your early seasons, blood and guts and all. I was heavily invested in your characters and your world. I willingly followed you from one safehold to another, rooted for your heroes when they came up against zombie hordes and power-hungry psychopaths and bands of roving hoodlums dead-set on destroying them. I grieved when a beloved character would die and cheered when Rick’s group of survivors would experience a rare moment of triumph.

I was in it for the long haul. I had so many friends that walked away as your plotlines grew more plodding and less complex, as your violence grew more gratuitous, as your characters grew less intelligent and less endearing, as the hope in your themes dwindled to barely a flicker, but I stayed. It may not be what it once was, I’d say, but it has its moments and I want to see where it goes.

But now, I’m out. I hung on for as long as I could, and had every intention of watching season 7, even knowing (thanks to a familiarity with the comics) what was likely going to happen. But with the way you chose to walk through that storyline, the alterations you made to it, and the way you filmed it, something inside me snapped, and I was done.

You are no longer the show I fell in love with, the show I defended, the show I stuck with even when that little voice inside me started asking, do you even enjoy watching this anymore sometime during season 5. You have always been about brutality, suffering, and the decay of morality in the face of a zombie apocalypse, but now you appear to only be about those things, and that is not why I watched.

I miss the days when you were also about love and friendship, about the kind of family that goes beyond blood, about what makes us human, about the lengths we will go to in order to cling to hope even as the world crumbles around us. Because I was so invested in what you used to be, it’s taken me a long time to admit to myself that you have changed in a fundamental sense, and that you no longer have any desire to ask the sorts of questions and take the sorts of stands that you once did. You’ve become a different show than you were when we started down this path together, and I’ve finally accepted that our differences are irreconcilable.

Not everyone feels this way. For many, there is still something compelling about you. There are still reasons to keep coming back. I have no complaint with those people. Entertainment and art are different things to different people, and if others can still find value and beauty in you as you are now, I say more power to them.

But for you and me, our journey has come to an end. The party’s over. It was fun while it lasted but it ain’t no fun no more.

P.S. If you keep Carol and Daryl alive until the series finale, I’ll come back for that episode. Probably.

Okay, that was personal, sorry y’all had to see that. But you know what, I’m not sorry, because I know I’m not alone in my decision to break up with The Walking Dead after the season 7 premiere. And as with any relationship that ends after six years of emotional investment, even though I know it’s time for me to move on, it’s left a void. I will miss those characters, and I will miss the kinds of stories the show used to tell. And if you’re anything like me, you will too.

Fortunately, there are many shows out there that can help us fill the Walking Dead-shaped holes in our hearts. So when next Sunday night rolls around and we find ourselves nostalgic for the halcyon days of the show’s early seasons, I recommend turning on one of these instead.

Own that rebound, friends. Scratch that itch without drawing blood. 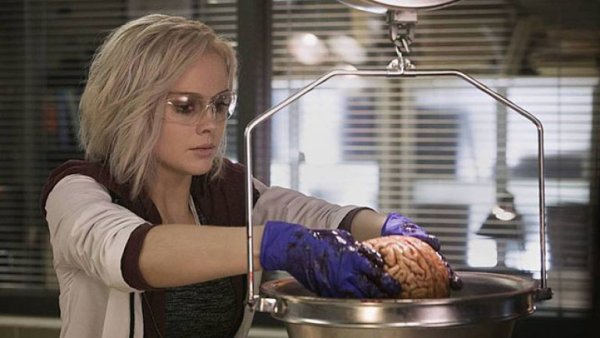 While completely different in tone from The Walking Dead, iZombie is still a show about zombies featuring an ensemble cast of amazing characters. It will even occasionally kill off one of your favorites. However, while it can get pretty intense at times, iZombie is mostly lighthearted and optimistic about humanity, and the violence never even enters the same zip code as The Walking Dead. This show would be a good rebound for The Walking Dead if you loved the characters and the idea of zombies, but often found yourself wishing it could be a lot happier. 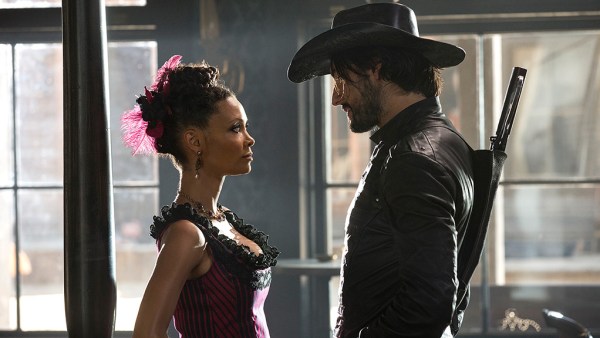 There may not be any zombies in Westworld, but the two shows share a similar tone nonetheless. While The Walking Dead is not a western by any means, there’s an undeniable sense of the wild west in how Rick & Co. approach the societies they keep trying to build, and it wouldn’t be a stretch to say they solve most of their problems through a form of frontier justice. Westworld also has its own unique way of exploring the “man’s inhumanity to man” theme that The Walking Dead is so fond of, but with the added twist that after your favorite characters die horribly, they still come back the next week. (Oh, did I mention half the characters are robots?) 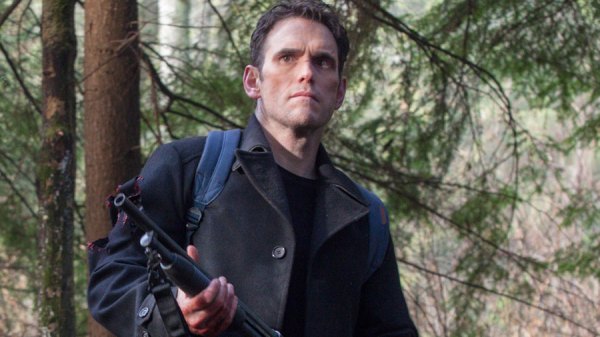 If the only thing you don’t love about The Walking Dead is the pervasive graphic violence, but you love the survivalist setting, the overwhelming odds, the terrifying monsters, the bleak atmosphere, the tough moral questions, and the way the show kept killing off its main cast members week after week, then Wayward Pines is the show for you. While Wayward Pines is far more science fiction than horror, it feels very similar in tone to The Walking Dead, but without leaving you wondering every week if you’re going to see something that makes you want to scour your eyeballs from your head. 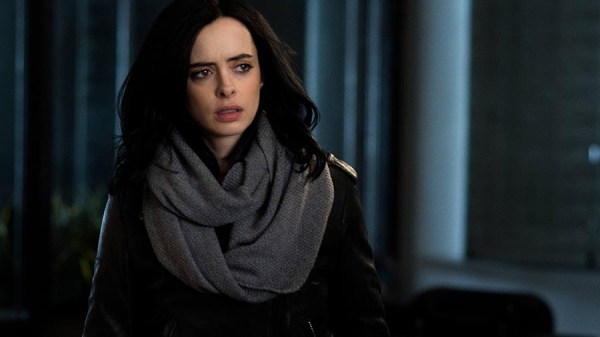 This one is admittedly a significant departure from the themes and world of The Walking Dead, but if you were more drawn to the psychological aspect of the show than the zombies (and especially if your favorite character is Carol), Jessica Jones is worth checking out. Much like the most recent seasons of The Walking Dead, the worst monsters on this show are all of the human variety, and it expertly juggles many of the same themes The Walking Dead has dealt with — surviving and healing after abuse, the many forms psychological manipulation can take, holding onto humanity in the midst of torment, found families, and the kind of grit and perseverance it takes to keep going in a world determined to beat you down. It also features some heart-pounding action sequences and an amazing ensemble cast, which means the average Walking Dead fan will feel right at home. 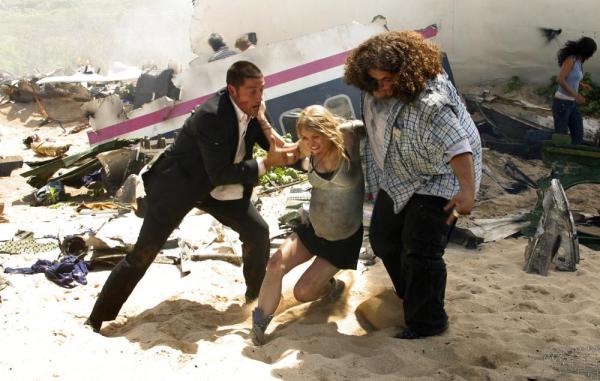 There are no zombies on LOST Island, but if you watched The Walking Dead for its tales of strangers coming together and fighting for survival under harrowing circumstances, then LOST might be just the show for you. Much like the best years of The Walking Dead, LOST balances quiet emotional moments and honest character development with grand dramatic moments, tense mystery, and even the occasional rousing speech by the bedraggled de facto leader of the group. Oh, and if you will miss the hefty helping of pain The Walking Dead liked to serve up on a regular basis, don’t worry — over the course of the series, LOST kills off even more beloved main characters than the walkers and the Governor and Negan put together. The difference is that while the LOST deaths will still definitely make you lose your composure, they won’t also make you lose your lunch.

How about you? Are you still going, or have you had to throw in the towel too? And if you find yourself still smarting from your fall off the wagon, what have you found that helps dull the sting?