This post assumes readers are caught up on Game of Thrones through season 8, episode 2, “A Knight of the Seven Kingdoms,” and thus contains spoilers up to that point.

We are finally in the last season of Game of Thrones, and the closer we get to the end, the more long-awaited fan theories are getting confirmed and denied. Further, as we move along through the season, it’s becoming more and more exciting to come up with last-minute tweaks and alterations to our existing theories as we watch things unfold on screen.

This weekend will mark the epic Battle of Winterfell, touted as the longest on-screen battle ever put to film. The episode will clock in at nearly 90 minutes, and the battle has been said to outlast the previous battle to hold the “longest ever put to film” title — the one at Helm’s Deep, in Lord of the Rings: The Two Towers. Considering the first two episodes in this season have been full of character development, reunions, and tender moments, I fully expect this third episode of the season to pack emotional wallop after emotional wallop. They have reminded us why we love these characters and shown us how far they have come, alone and together, and now they are going to put them in a battle for their lives. I have no doubts that we will lose some of them, and painfully. 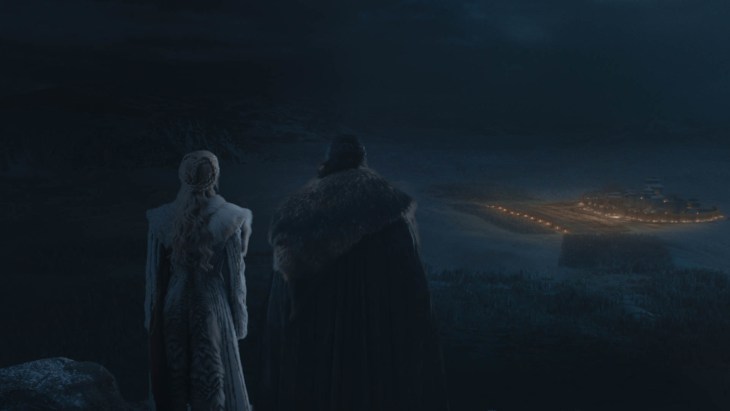 But notably, one of the interpersonal relationships we have yet to see finish up — and likely won’t see at the Battle of Winterfell — is the one between the Lannister twins, Cersei and Jaime. These two have been intertwined from the beginning. The big moment that defined Jaime as an antagonist against the show’s family of good guys, the Starks, was Jaime shoving Bran out a window as Cersei watched, uttering, “The things we do for love.” Cersei’s three towheaded children, Joffrey, Myrcella, and Tommen, were all fathered by Jaime, despite their Baratheon name. And even after all of them had passed and Cersei clearly started to slide into power-hungry, wine-drunk madness, Jaime has shown that it is extremely hard to unshackle himself from her. Love is love, after all, and theirs is a lifelong affair. But Jaime has also shown that of the two, he is the one with a moral compass, and as time has passed we have seen him come more at odds with Cersei as his conscience grapples with his heart.

So how are these two going to end their story arc? I, for one, believe that it will come down to the two of them. Their lives are intertwined, and I cannot imagine that at the end of it all, they will die half a world apart, one in King’s Landing, the other at Winterfell. No, I am a firm believer that they will die together, and likely at each others’ hands. The prophecy told to Cersei when she was young states, ““the valonqar shall wrap his hands about your pale white throat and choke the life from you,” and since “valonqar” is high Valyrian for “little brother,” the prevailing theory is that it’s Jaime or Tyrion that does Cersei in. My own belief is that Tyrion will be the last Lannister standing and that his storyline has moved him outside of the personal Lannister grudges realm, so it will be Jaime who grapples with Cersei — but that the part about choking her to death could be figurative, meaning any kind of death could come at the hand of her brother. There are a few different ways that this could happen, so buckle up. 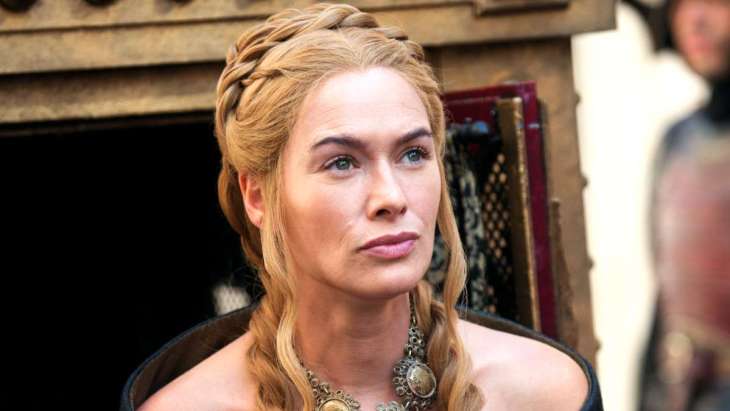 The Truth About the Pregnancy

Cersei and Jaime have been growing steadily apart in the final seasons thanks to Cersei’s growing madness and her unwillingness to relinquish even a single iota of her power, even for the sake of humanity itself. Jaime has shown in the last season or so that he is finally seeing her mostly for who she really is; he has disagreed with her about her motives and her actions, and he has even looked at her with horror as he realizes that she would allow countless people to die so long as the Lannisters — or rather, Cersei Lannister — comes out on top. But she still has the power to manipulate him, as we have seen with regard to her supposed pregnancy. Whether or not we as the viewers believe her to be pregnant, Jaime absolutely does.

I’m of the belief that the pregnancy is a complete lie, but there is a possibility that it was real to begin with. However, regardless of whether there was ever any truth to the pregnancy, this theory hinges on the fact that the next time Jaime and Cersei meet, she is absolutely, without a doubt, not pregnant — but that Cersei still tries to use the pregnancy to manipulate him into doing what she wants.

Jaime has put up with a lot from Cersei, but finding out that her pregnancy is a fabrication would be a bridge too far. It was the thought of having another child with her after having lost all three — crushing blows for both of them, without a doubt — that made him hesitate despite his convictions that everything she was doing was wrong. Learning that it was all to manipulate him could be the straw that breaks the camel’s back, and he could very well kill her in a moment of rage. Pushing her angrily and causing her to fall (perhaps out a window, mirroring Bran and Tommen before her) and then immediately being overcome with regret as he realizes what he’s done would be not only the end of Cersei, but also the end of Jaime, if he then kills himself, overcome with grief. 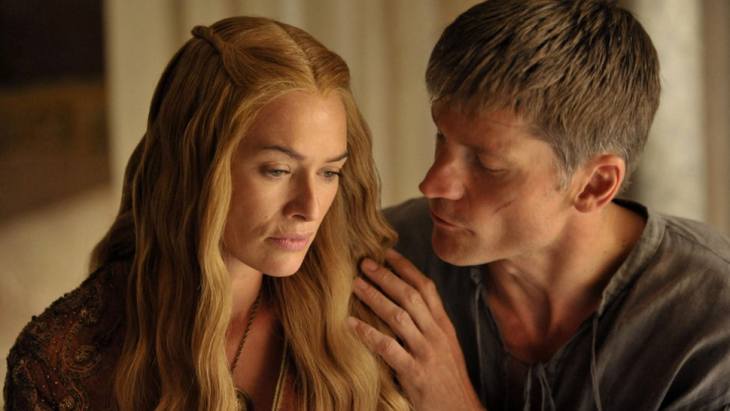 Say Jaime falls in the Battle of Winterfell, but his death is left ambiguous for us as viewers. The next time we see him, it’s confronting Cersei for all her wrongdoing; for lying and refusing to send her army, for putting her own power above the safety of humankind, and for her role in the death of Ned Stark.

It would be a phenomenal “oh crap” moment for Cersei to realize, as she’s being stuck with the pointy end, that the Jaime Lannister before her isn’t Jaime at all. Consider how powerful it would be to see Arya Stark peel away Jaime’s face as the light is going out of Cersei’s eyes. This would be a really great sequence, allowing Arya to fulfill this part of her infamous revenge list as well as having Cersei’s demise come at the hands of her brother… in a way. 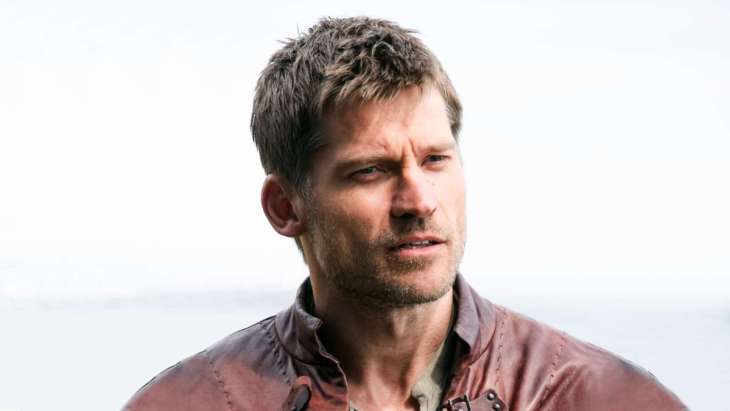 In the most recent episode, “A Knight of the Seven Kingdoms,” Jaime not only knighted Brienne of Tarth, but he also asked specifically to serve under her in the upcoming battle. He made a point of stating that he is “not the fighter I used to be,” and that it would be an honor to fight by her side. Brienne also confirmed that she will be on the front lines, commanding her section of the army from a position that will put her in direct contact with the White Walkers and wights that are coming to attack. This means that both she and Jaime are in the line of fire and at very high risk of dying and becoming wights or White Walkers themselves.

However the Battle of Winterfell ultimately ends, I’m relatively certain this is not going to mark the end of the army of the dead, even if the battle goes in our heroes’ favor and the sun rises on a victory. The likelihood of the Night King taking his wights further south is high, and it’s possible that Jaime Lannister, killed on the battlefield, could join the march of the dead to meet his sister. Having Cersei see that her brother has become one of the army of the dead would be a final gut-punch before she meets her own doom at his hands. 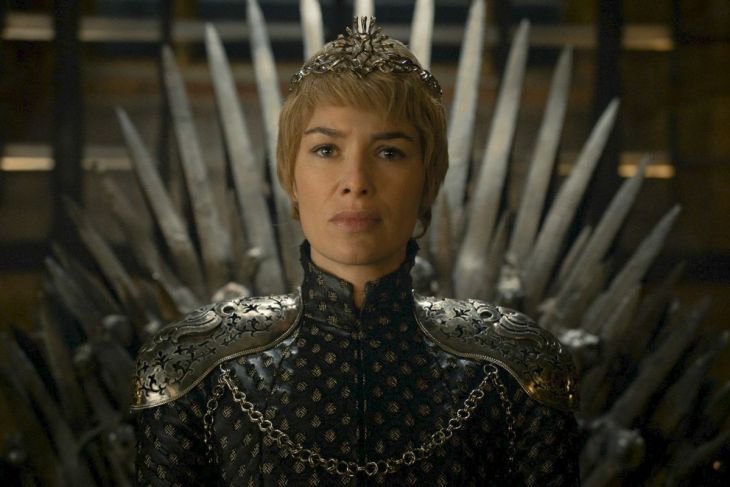 Earlier this season, reddit user qp0n shared a theory that went viral because it’s just that interesting. In this theory, they state that they are sure the Night King will actually use the Battle of Winterfell as a distraction and allow humanity to hammer themselves against his army while he takes Viserion south to raze King’s Landing. This would allow him to approach the remaining army of the living from the south in a second wave attack using a large, new force — the population of King’s Landing, along with the Golden Company. I read this theory and started thinking — this actually makes a ton of sense, and shows that the Night King really is a scalpel where our characters have been expecting a blunt force object.

So about King’s Landing. It’s where Cersei is spending her time getting drunk and being protected by her personal bodyguard, the Mountain… who just happens to be an enormous reanimated dead guy. We know from season five’s massacre at Hardhome that all the Night King has to do is be nearby and make his creepy wordless command and any dead in the vicinity will wake up under his thrall.

Now if the Night King appears in King’s Landing, Cersei will die as soon as he lays claim to the Mountain. But what if the Night King has plans for her? We’ve watched her fashion slowly turn from warm Lannister reds and golds to cold, harsh blacks and silvers. Imagine the final piece of her transformation to be piercing ice-blue eyes. Cersei Lannister, the Night Queen.

Perhaps she can even survive the Night King — consider the notion that he is taken down in battle only to reveal that the reign of winter is not over, but is now actually led by Cersei Lannister. She has been a primary antagonist of this show from the get-go. How fitting would it be for the final “big bad” of the show to be this character that we’ve watched grow and change over the course of the series? A final heartwrenching body-blow for the characters we have grown to love would be forcing Jaime and Tyrion to see their sister turned into the embodiment of all that threatens the world and its humanity. The pain of cutting her down to save the world would be compelling and absolutely gutting. Particularly if, as he buries his Valyrian steel into her gut to destroy her, she manages to choke the life out of Jaime in one last strike before she finally falls.